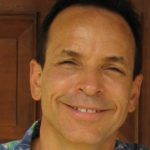 Steven J. Stern, PMP (Founder, President, Executive Director) has been volunteering in the Caribbean, Latin America, and the US annually since 2005. From 2005 to 2009 he volunteered with Great Shape! Inc. providing free dental care. He also served on the board of International Smile Power. He founded the iCARE program in 2009 and has been a member of VOSH since this time. He currently serves as director of iCARE. He started Sight is a Right in 2017 to expand eye care to other regions throughout the year. He has lead over 1,000 volunteers providing free eye care, glasses, cataract / MIG surgery, laser surgeries, and health screenings to over 51,000 patients throughout the world.

Steven had a long and distinguished career as a Software Engineer and Program/Project Manager, predominately in the field of medical electronics with modalities such as diagnostic ultrasound, LVADs (heart pumps), and defibrillators. He has received many professional honors including several medical patents, a technical fellowship, and an IDEA Medical and Scientific silver award. 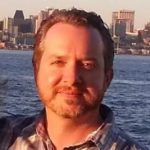 ocational software engineer and the rabbi of a community south of Seattle, WA. Born and raised in upstate NY, he graduated from SUNY Oswego with a double major in computer science and physics. As a software engineer, he has spent most of his career in the medical device field. Major contributions include developing software for high-end diagnostic ultrasound machines, as well as bedside patient monitors.

Shortly after college, Mr. Forbes entered rabbinic studies and later received ordination to lead a multi-cultural community near Seattle.  Mr. Forbes serves on the board of Chevra International, a humanitarian organization which cares primarily for Holocaust survivors in Eastern Europe and Israel. In all he has served as a board member for five 501(c)(3) non-profit organizations, and has overseen the financial operations of three. 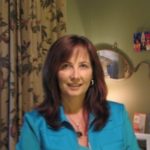 Mary Seguti, LDO, ABOC, NCLEC (Secretary) has worked in the eye care field since 1981. She serves as a professor at Hillsborough Community College School of Opticianry in Tampa, Florida, where she also sits on the advisory board. She is a board certified optician who possesses several distinguished licenses and memberships in her profession. She has also published many professional papers and articles.

Mary began volunteering in the Jamaica iCARE project in 2013. She and other members of the Hillsborough School of Opticianry faculty have returned annually bringing several students each year to work as opticians in the eye care clinics as part of their curriculum. Mary oversees and leads this effort. 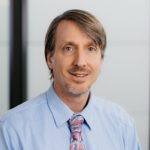 Daniel B. Brown, M.D. (Chief Medical Officer) practices comprehensive ophthalmology with special interests in cataract surgery, diabetic eye care, and glaucoma. Dr. Brown received his M.D. from the University of Wisconsin-Madison and completed his ophthalmology residency at The Eye Institute, Medical College of Wisconsin. Dr. Brown is board certified in ophthalmology. He joined Oregon Eye Specialists of Portland, OR in 2000.

Since 2009 Dr. Brown has been actively involved with iCARE in Jamaica. Through their medical missions, the group provides much needed eye exams, glasses and cataract surgery to people in Jamaica. 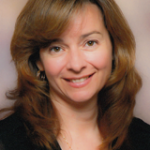 Kathryn Ward, OD, Diplomate, American Board of Optometry (Chief Optometrist) grew up in Orono, Maine, and received her Bachelor’s Degree at the University of Maine. She attended graduate school at the University of California at Berkeley, earning her Doctorate in Optometry in 1991. She returned to Maine to join Penobscot Eye Care later that same year. Dr. Ward has advanced therapeutic glaucoma authority through the State of Maine Board of Optometry. She is a member of the International Optometric Honor Society, Beta Sigma Kappa, the Maine Optometric Association, and the American Optometric Association.

Dr. Ward and her husband Karl have three children and two dogs. The family especially enjoys biking and traveling to explore different cultures. Dr. Ward is a Board member of CISV (Children’s International Summer Village), a peace education organization that gives children from different countries all over the world a chance to interact and build inter-cultural. She has annually volunteered in Jamaica iCARE clinics with family members since 2011.